Waka is a short verse that expresses the subtlety of the heart (Japanese emotions), including short verses for love. The tale of Genji which is said to be the first-ever long novel written in the world contains 795 short verses called Waka. 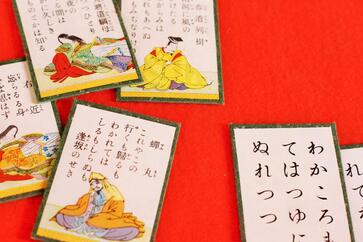 Since ancient times, poets used to write waka, putting their emotion into only 31 Japanese syllables (five, seven, five, seven and seven). The history of waka is very long. The oldest anthology of Japanese poems is ‘Manyo-shu’, which was edited in the 8th century. In 2019, Japan announced the name of the new Imperial era ‘Reiwa’. ‘Reiwa’ was taken from the ‘Manyoshu’.

There is a shorter style to describe works with only 17 Japanese syllables (five, seven and five). This is called ‘haiku’. Basically, it has to contain at least one kigo, a word that expresses a season, such as ‘snow’, ‘cherry blossom’ etc. A kigo (seasonal word) usually drawn from a ‘saijiki’, an extensive but defined list of such terms. Matsuo Basho (the greatest master of haiku) established the form of haikuin the Edo era (in the 17th century). Haiku describes a beautiful or impressive natural moment.

Waka(Tanaka) doesn't have to contain kigo, a seasonal word. Although the number of syllables and rules are different, Japanese people describe the scenery we see and the emotion we feel abstractly, not exactly in both waka(tanka) and haiku.

Please enjoy Japanese classical poetry, waka(tanka) and haiku that reflect the unique sense of beauty of the Japanese people.